← The Philippine SSS Dilemma: A Failure of Political Communications
A Land Called Sayang →

Can’t believe they fed President Jokowi to such an awkward situation.

Whoever encouraged the president to be embarrassed this way should be shot.

They made him ban ALL ISRAELI PRODUCTS YET MANY OF HIS OWN ISLAMIC BROTHERS DID NOT FOLLOW HIM. Other fellow Islamic leaders didn’t even send their leaders to the Extraordinary Summit.

Couldn’t there have been a quiet polling conducted prior to this?

To assess how the support would go?

I’d like to believe that there’s a political communications expert somewhere in the team whose sole purpose is to ensure that the president isn’t caught in an awkward position.

“The Indonesian president called for a boycott on every Israeli product. I think it is a form of resistance, a show of disappointment for how Israel continues to abuse Palestine. I think we should follow this,” Tubagus Hasanuddin.

Hasanuddin pointed to the Indonesian Constitution, which says independence is the basic right of every nation, as the basis for his support.”

Isn’t the genocide and demographic transformation equally as bad?

Before we start meddling with other people’s affairs, should we not look into our own?

I find it great that Indonesia gets to host the Extraordinary Summit of the OIC, despite the fact that fellow member Morocco decided to cancel.

I find it great that Indonesia supports Palestine.

I do not find it wise that the president should ban EVERY ISRAELI PRODUCT.

First of all, not all products and companies are owned by Israeli government. There are businessmen who are not aligned with Israeli’s continued occupation of Palestine.

But they just made the president ban EVERY ISRAELI PRODUCT.

If it was reversed, that’s like saying ALL INDONESIANS ARE TERRORISTS.

And what hypocrisy is this?

Indonesia-Israel trade volume has reached a growing US$ 400-500 million dollars.

80% of which are Indonesia’s exports.

Would the world now want to see the president put his money where his mouth is?

That means stopping the trade, right?

You can’t be hypocritical to ban the limited Israeli products entering Indonesia while you keep selling to the same country.

He could’ve said WE STAND WITH PALESTINE AND HOPE FOR PEACEFUL SOLUTIONS.

BUT BAN ALL ISRAELI PRODUCTS?

Lastly, the president had been chummy with Mark Zuckerberg since his first few days in office. Recently, he even went to the US to meet up with him again, in Facebook headquarters, and talked about investments in Indonesia.

Do we now wait for the president to tell the citizens of the 4th largest Facebook users on earth to stop using Facebook? 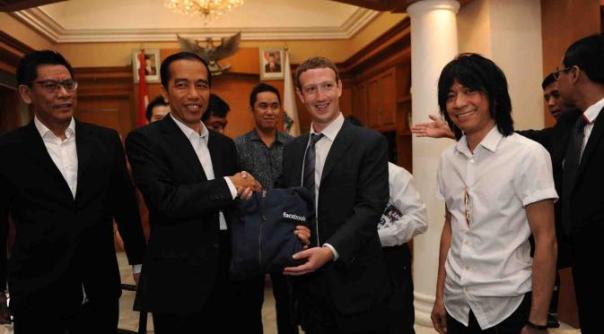 N. Mark Castro is the Southeast Asia Director of JUMP DIGITAL Asia, which is an internationally-awarded and fully integrated digital marketing agency with 5 out of 10 offices in the ASEAN region. He is also the Secretary General of the Philippine Business Club Indonesia, managing and assisting the traffic of investments between the Philippines and Indonesia. He shuttles between Indonesia, Philippines, Myanmar, Singapore, Cambodia, and Australia. The views posted here are his own and do not in any way reflect the views of the companies he represents.
View all posts by Asmartrock »

← The Philippine SSS Dilemma: A Failure of Political Communications
A Land Called Sayang →